Expressing concern over the Pakistan government’s indirect threats to a Pakistani scribe for his recent media reports in the acclaimed newspaper Dawn, the Journalists’ Forum Assam (JFA) urged the Islamabad based government to show respect to the media. The northeast India based scribes’ forum argues that the Nawaz Sharif government should not act against Cyril Almeida with personal vendetta, who showed his commitment in reporting the ongoing rift between the civilian government and the military in the backdrop of Indo-Pak conflict.

It may be mentioned the Islamabad regime got angry over Almeida’s report titled ‘Act against militants or face international isolation, civilians tell military’ and put him on an exit control list meaning Almeida can be stopped from leaving the country.

“I am told and have been informed and have been shown evidence that I am on the Exit Control List,” twitted Almeida recently. Dawn’s senior scribe however reiterated that he loves his country very much. The exclusive report was published a week after the Indian armed forces conducted a surgical strike on terrorist camps inside Pakistan occupied Kashmir. Carried out on 29 September, the unique strike was in revenge against the 18 September terror attack in Uri of J&K by the Pakistan based militants killing 19 Indian soldiers.

The JFA pointed out that the Pakistan government should admit respect Almeida’s right to report in the recognized media outlets and also urged both New Delhi and Islamabad regimes to deal with the situation affectively to prevent further escalating the violence in the border areas. 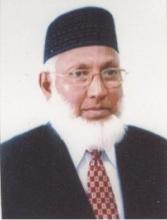 14 Mar 2011 - 3:59am | Anup Biswas
In protest against the custodial death of Wari Dimasa, DHD(J) cadre by Dogra Regiment, camp Thaizuari, the Dima Halam Daogah (Jewel) calls for a 36 hours Dima Hasao Bandh starting from 5 AM of...
Follow @Assam Times