Along with rest of the state, the 118th birth anniversary of Netaji Subhas Chandra Bose was also celebrated today in various parts of Goalpara district, remembering his contributions towards the country as a whole and towards Assam in particular with patriotic fervour.

At Dhupdhara, the programme was organized by the Dhupdhara unit of Bengali Youth Students Federation. In the day long programme organized at Dhupdhara Kali puja celebration premises, various programmes including art, quiz competions etc. were orgainzed among the school children. Earlier in the morning, the flag was hoisted by Dinabandhu Kalita, ex serviceman. Noted social worker Kailash Goswami inaugurated the programme through garlanding the portrait of Netaji. Later the meeting held on the occasion was presided over by Sukanta Basak, social worker and adviser of the organization. It was addressed by Kailash Goswami, Rukunuddin Ahmed, Diganta Hazowary among others. All of them elaborately explained the life and ideal of Netaji and urged the youth community to follow the path shown by him. The programme concluded with lighting of lamps in the evening. 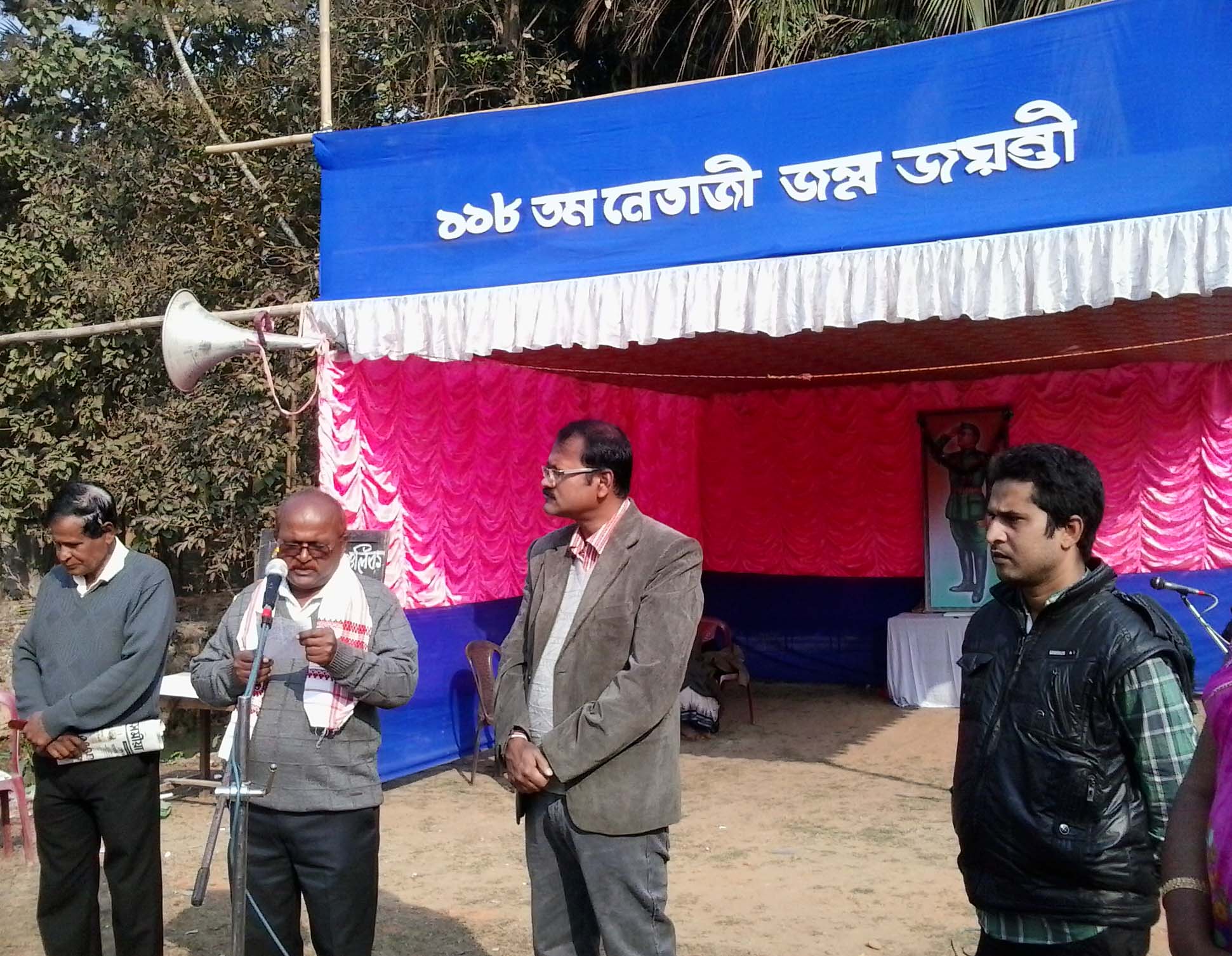 4 Apr 2012 - 8:09pm | editor
The Centre has issued an advisory to the Assam Government and neighbouring states to be on alert in the run-up to the ULFA Raising Day on April 7. According to information, the home ministry has...

7 Mar 2014 - 7:35pm | AT News
Tension is simmering in Tinsukia district bordering Arunachal Pradesh on Friday after the miscreants from the neighbouring state have asked the Assamese people to quit the place.Local residents in...

19 Aug 2014 - 9:56am | AT News
There is some let-up in the flood fury. But the misery refuses to recede. Flood waters seem to have started stopped spreading to new areas in Lakhimpur and Dhemaji district. The water levels of the...
Follow @Assam Times