Teachers to go for railway highway blockade on April 2

Hundreds of teachers working with the of the state's non provincialised schools will block the National Highway and railway April 2 saying the government has yet to respond to their agitation.

Addressing a press conference on Friday in the city, the united body of the teachers of these schools said altogether 16,153 non provincialised schools have been striking for government steps to provincialsation.

They said the decision to this effect had been taken after the failure of the Thursday's Assembly gherao where many teachers were prevented from arriving Dispur. That's why they are going to block the National Highway and railway. 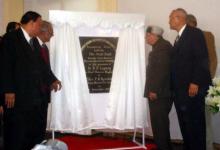 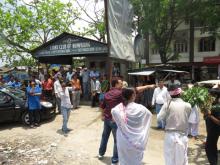 3 Jan 2013 - 4:34pm | editor
A cycle rally was set on the roll at Bokakhat this morning with an objective to generate awareness among the masses for conservation of precious wildlife in Kaziranga National Park and its fringe...
Follow @Assam Times