Acting on a tip off that a gang of Maoist extremists hailing from Jharkhand has been camping in Koithalkuchi area, police conducted a raid at a house where they were captured.

They were believed to have been camping there to strike in the run up to the Independence Day celebrations. Two powerful hand grenades were also seized from their possession.

Later, top ranked police officials brought them to an undscosed location for interrogation. Some stunning revelations are believed to have come out in their confessional statement. / 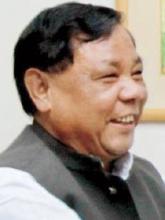