A historic novel titled 'Mahanayak Lachit Borphukan' based on the life of great heroic character, Lachit Borphukan who fought against mighty Mughal, penned by Dr Jagadindra Raychoudhury, educationist and writer was released on 1st July, Sunday at Guwahati Press Club. Gracing the occasion senior journalist D.N. Chakraborty said while the heroic exploits of Chatrapati Shibaji and Maharana Pratap Singh had widely been discussed through text books and other writings in many languages, there had been little discussion and publicity about the incomparable heroism and unique leadership of the great Assamese warrior Lachit Borphukan.

Another speaker, Padmashree Ajay Dutta, ex MLA and social worker also paid tribute to Lachit Borphuan for his great leadership during the great battle of Sarighat..Writer Raychoudhury on his speech, narrated the contribution of father of Lachit Borphukan, Momai Tamuli Borborua for building up character of Lachit Borphukan.

Guwahati Press Club secretary, Nava Thakuria also spoke on the occasion as a guest of honour.The meeting was addressed by Bipul Sarma, Chandrajit Saikia and Rupam Baruah. The meeting was anchored by Namrata Dutta and vote of thanks was given by Ramkrishna Sarma. The book was published by Chandra Prakash 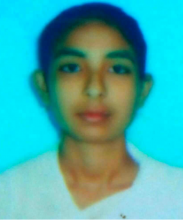 Modi to visit Assam on May 24

19 Aug 2015 - 4:40pm | Hantigiri Narzary
Security forces captured yet another dreaded NDFB (Songbijit) militant in Chirang district on Wednesday who was involved in the gory Adivasi massacre in 2014. Identified as Saranjoy Musahary, who was...
Follow @Assam Times